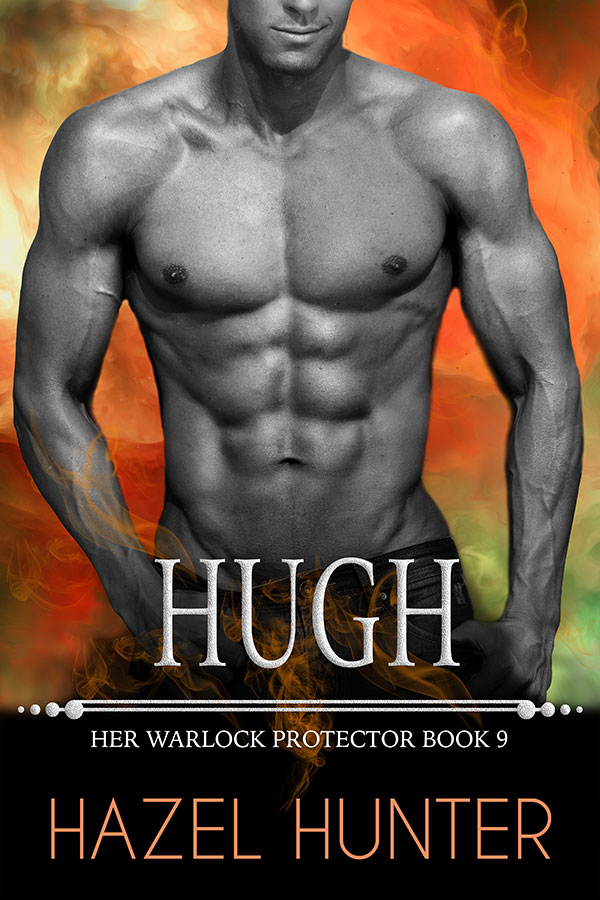 General Fitzhugh Colmain isn’t your normal field operative. In fact, he’s not a field guy at all. Instead, he’s a member of the Magus Corps’ medical branch, a surgeon who can manipulate chi. But the rumor of a witch with a rare talent has lured him from the healing covens.

Phoenix Brielle and her giant poodle, Anubis, have been working at the hospital for nearly a year. As an animal therapist, she takes him to visit patients, spreading her canine friend’s love. But the hospital also gives her a unique opportunity. About the time she discovered Anubis, she started to revive the dead.

But as healer and necromancer get to know one another, jealous eyes watch from the periphery. The hospital’s chaplain would do anything for Phoenix—absolutely anything.

If witches interest you, you'll enjoy this book. The characters are well written with unique personalities. Of course, no book can go wrong when there is a dog in the mix. These are great stand lone books. I'm looking forward to reading more from this series.

So sweet, so cute! It was super sexy, sassy and adorable!

Another home run for the Warlock Protector series … grab it quick then settle in, you won't want to move till the end…

Fantastically stunning, I'm not good at this but this book is awesome loved it, definitely a must read and I will most definitely read all the books writen by Hazel Hunter she is a gifted writer!!

My favorite Warlock is finally available for all!! This is the book that introduced me to Hazel Hunter, and it still holds a real soft spot in my bookshelf.

First book I read by Hazel Hunter and I was hooked! I love the storyline, I love Hugh and Phoenix. Great characters and a great story.

The rain was absolutely bucketing. Nix had never seen anything like it. Even in the darkness, it streamed in sheets past the lights in the parking lot. Although she would have her hoodie up, she was going to get soaked. The walk from the emergency room exit to the bus stop was four blocks. Correction. Four long blocks. Over the intercom, a rendition of White Christmas was quietly playing.

“It ought to be Wet Christmas,” she said to Noobie.

He only panted and licked his chops. She ruffled the soft, curly fur behind his ears.

They were both hungry after a long day, but eating would have to wait until they were home. When she looked up, the reflection of the sliding glass doors held someone new.

“I thought it wasn’t supposed to rain here,” said the resonant bass voice. Her hand flew to her chest as she jumped a little. “Sorry,” he said, and put a hand on her shoulder. “Didn’t mean to scare you.”

Thank goodness she’d been surprised. At least it was a way to hide her reaction. Dr. Colmain looked down at her, and she was transfixed. His smokey, hazel eyes looked a little worried. But his full lips held a small smile. He towered above her, his wide shoulders filling the light blue scrubs. His smoothly muscled arms flexed as he moved. It was a wonderful show. She was staring. She cleared her throat.

He smiled that radiant smile, and took the hand from her shoulder. Heat rose to her cheeks.

Dr. Fitzhugh Colmain was only the most gorgeous man she’d ever seen. Without turning, she knew that nurses at the station behind them would be looking. All the women looked, and some of the men. He’d arrived at Cedars-Sinai hospital a month ago and hearts had fluttered ever since. Though he was a plastic surgeon, he could have been a model.

“Not that I don’t like the rain,” he said, thankfully returning his gaze to the downpour. “Because I do. Especially during the holidays.” He paused. “How about you, Phoenix?”

He knows my name?

She could have kicked herself.

Well that makes one of us.

He crouched down and ruffled Noobie’s neck. “I didn’t think you and Anubis worked the ER.”

Anubis was a therapy dog. That was the short version. In reality, the black standard poodle was her coworker, her wing man, and her best friend. It wasn’t clear who had rescued who.

“Where did you find him?” Dr. Colmain asked, still petting him.

Phoenix crouched in front of the big, seated dog, their heads level. She scratched him under the chin.

“First and Alameda,” she said. “Outside the station.”

Dr. Colmain combed his fingers down Noobie’s back, even under the red dog vest. Noobie closed his eyes and looked like he wanted to melt.

“Oh right,” she said, remembering that he was just visiting. “Union Station. The train station.”

“Ah,” was all he said, content to just keep scratching Noobie.

It was the effect the black poodle had on everyone. Nix smiled. It hadn’t occurred to her to train him as a therapy dog. But one of her neighbors had suggested it, and it’d seemed like the perfect fit.

Noobie’s eyes popped open, and he whined a little.

She nodded at the sliding doors. Though it took a few seconds, they finally heard the ambulance siren. The doctor cocked his head down at the dog.

“Nice hearing,” he whispered, but Noobie was focused on the ER entry. “And you can call me Hugh.”

It took Nix a moment, but Dr. Colmain was extending his hand to her.

“Oh!” she exclaimed, fumbling with the leash. “Oh, I’m um…” She took his hand. His fingers were incredibly warm and soft. “I’m um…”

She was staring again. She blinked and shook his hand. “They call me Nix.”

That made him frown a little. “Would you mind if I called you Phoenix? It’s so much prettier.”

Now it was her that wanted to melt.

“Gangway!” said a nurse behind them.

As they separated, they went to opposite sides of the corridor. Flashing red lights washed the scene like a strobing dream. Two nurses and the ER doctor ran past them, shouting something about a stomach pump.

Stomach pump? Nix tore her eyes from Dr. Colmain. The ambulance had just pulled up under the overhang. The back doors burst open, and two paramedics jumped out, practically pulling the gurney with them. The legs snapped down and into place. A nurse helped a woman down from the back of the vehicle, as the troupe of paramedics, doctor, and nurse, raced back into the entry alongside the gurney. The doctor had his stethoscope on the boy’s chest.

Nix’s hands flew to her chest as if a pang of horror lanced through it.

It was just a little boy.

The paramedics were rattling off the vitals.

“Is the poison center on the horn?” the nurse said.

In seconds, they’d all flown by. Nix had been about to follow, when the nurse and woman from the ambulance passed her.

“I tried to find everything,” the woman said.

She was carrying a plastic grocery bag that looked like it had cans of hairspray. But as it spun, Nix could see a red can with ant and roach symbols on it.

“Is he going to be okay?” the woman asked.

She had to be his mother.

Without thinking, Nix drifted after them.