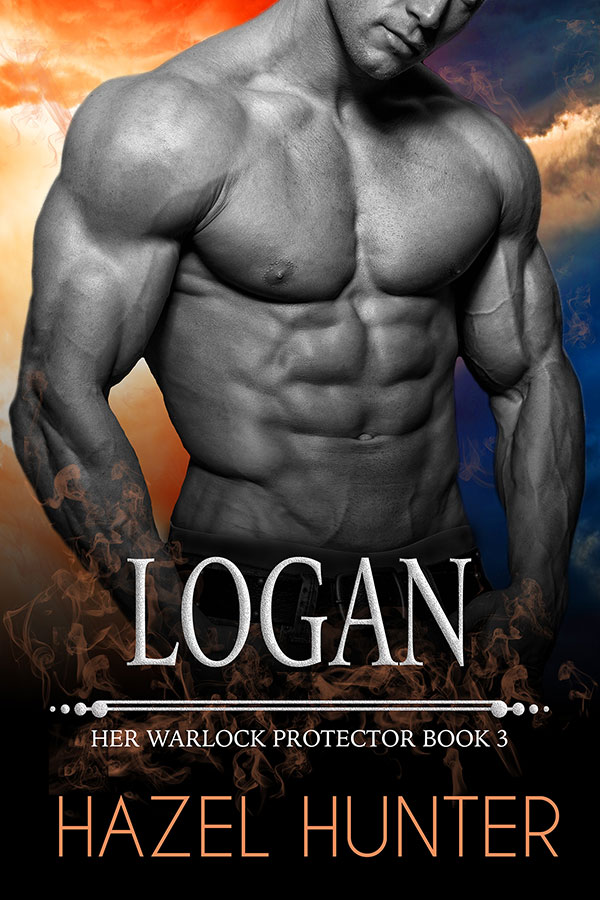 She glimpses love in her future, but can it help her escape her grim past?

Caitlin Monroe is used to taking care of herself, thank you very much. After witnessing the grisly death of her parents, she’ll do anything to make sure that she and her sister are safe. But a witch with the rare and powerful gift of seeing the future can’t stay under the radar forever.

Although General Logan MacCulloch finds Caitlin dealing cards in a casino, her gift of prophecy is no match for his of luck. But as he gets to know her, he realizes they’re both struggling with similar wounded pasts. Not only does he vow to bring her into the Wiccan fold, he can’t help but want to make her his own.

But a chance brush of their hands suddenly shows Caitlin their sensual and heated future. Confused and frightened, she can only think to run from him, straight into the waiting arms of his arch enemy.

Caitlin's story is a bit different from our previous two stories, but there is still struggle, violence, and love.

Hazel Hunter serves up yet another magical romance.

“So do you see wealth in my future?” the older woman croaked, her voice made husky by years of too much smoking.

Caitlin forced herself to concentrate, letting her gift wash over her, that connection to the unseen world that allowed her to understand far more than others could. Pushing a long red ringlet of hair out of her green eyes, she sighed. It wasn’t hard to see much in this crowd. There was at least something fun when Hopkins or Towson sorority girls rented her out for crystal ball readings at their parties. Also free beer. When she was set up in her nicest silk dress and the old pearls inherited from Grandma Mildred, when she was working for the trust fund crowd as a gimmick at fundraisers, then she mostly saw the boring and predictable. The woman in front of her, easily fifty if she was a day, although the botox freezing her forehead was striving to turn back time, held a future cliché enough for the Lifetime channel.

The man she was pursuing would marry her. It just wouldn’t last. Someone young and blonde about ten years down the line would see to that.

However, none of that information would help Caitlin earn her keep, and it wasn’t the kind of dirt she was looking for. She forced a smile to her lips.

“Madame Monroe knows everything. I see love in your future.”

“Really?” Her voice practically trilled as she glanced over at the tall man in the corner eating his third pig in a blanket. “Is Roger going to finally pop the question?”

“Not tonight, my dear,” Caitlin replied, playing up the fake eastern European accent she affected for gigs like this. “Within the year, though, I guarantee you’ll be dress shopping.”

And ten years later looking for a good attorney but that’s another story.

The woman shrieked again, and Caitlin covered her ears out of reflex. At least the party was almost over, and she could go home. It was important, what she did, and it helped people. Sometimes knowing the secrets of the vapid and rich came with that. The woman stood, handed her an extra twenty for the intel, and sauntered off, ample hips swinging behind her.

Caitlin had never met anyone like herself, someone who could read futures. When she went into the herbalist shop and found the crystal ball, she’d never expected anyone there to be…what? Witches or psychics? They didn’t really exist. She was just weird—singularly so. It wasn’t like her parents had ever gone around reading palms or looking at tea leaves, and her little sister, Sheila, had never made a peep about these things. Of course, Caitlin couldn’t read Sheila’s future either. She’d sat with her in front of the crystal ball and made her drink enough tea to become as addicted to the stuff as a Brit would be.

She could read their futures, see them come to her in clear images, no matter what she used. It could be the crystal ball or playing cards. With concentration and more deliberation she could probably learn other methods, but reading coins, bones or leaves held little interest for her. If she concentrated hard enough, Caitlin could read pasts, see the traumas that had befallen others too, but that was always fuzzier, just beyond her reach.

She hadn’t always been like this. One morning it started with a flash after college, just glancing at the lines on her roommate’s hand and getting a glimpse of danger, which then revealed itself as a car accident a few days later. Then came the curio shop and the crystal that had been calling her name. Now?

Now she’d gathered her skills and rented herself out, party psychic.

Except what she saw was real.

And, like her roommate long ago, sometimes she saw death. Thank the Goddess that hadn’t been what she’d seen tonight.