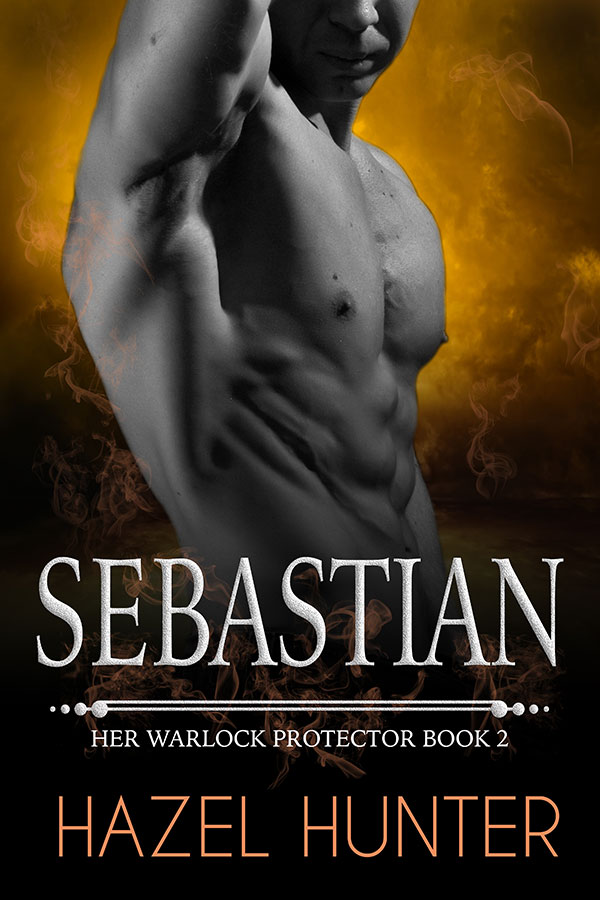 Independence has kept her alive, but will it keep her alone?

Nicolette Erling is a survivor, hiding in plain sight. As she moves from city to city, disguised as a psychic in a traveling circus, her real Wiccan ability remains hidden—from everyone except Sebastian.

Major Sebastian Corcoran of the Magus Corps has made Nicolette his private project. Though he’s determined to bring the beautiful rogue into the safety of the Wiccan community, he’s unprepared for the fiery passion that erupts between them.

Desperate to remain on her own and unable to leave the brutality of her past behind, Nicolette can’t let herself fall for Sebastian. When duty calls him back to the Corps, he can’t force her to come. But can he leave her vulnerable to the enemies that may find her?

This was such a beautifully written story. The author descriptions of the characters and actions is a real treat.

After the first book in the series Dominic I had expectations. They were all met with this story.

This one was so much better written than the first in the series and I am so glad that I decided to take the plunge and buy it. I am going to get the next one in this series right now.

I liked both Sebastian & Nicolette & I liked this story. So far, the box set has turned out well.

The stories keep getting better and better!

The gates had opened just a few hours ago, but Nicolette was already willing to call it a day. There was a lull between customers, and she hastened to pour out a little more cat food for Karas. He clattered on his perch, looking as restless as she felt, and she let him butt his head against her hand a few times.

“Just get through tonight, and we'll have a nice long lie-in soon, okay, handsome?”

The African crow flapped his black and white wings at her as if to tell her what he thought of that nonsense, and she scratched his crest consolingly. The work never seemed to get easier or shorter, and when her pet coughed, signaling another person approaching the tent, she scooted behind the table again.

The couple who came in were young. She would guess that they came from the college nearby. They blinked at the darkness of her tent, and when they took their seats across from her, they looked as apprehensive as they were entertained.

“We don't need to hear the phony accent or nothing,” the boy said. “We don't really believe in this junk.”

Nicolette allowed herself a tight smile, and she turned instead to the girl.

“What about you?” she said, and no, there wasn't much of an accent there unless you counted the slight sharpness of her New York vowels. New York was almost a decade ago, though, and as she had learned, everything changed.

“Do you think this is junk?”

The girl burst into nervous giggles, and the boy rolled his eyes. It didn't take any magic to know what they were like.

“Ah, that is a fine thing to be,” Nicolette said, letting her voice warm up a little. Open-minded was something to work with.

“I don't pretend to be in touch with spirits,” she said, though that wasn't her line with other people. “I just feel things, and some of my tools allow me to see what others might not.”

The boy looked skeptical, but he laid down the fifteen dollars willingly enough. Nicolette made it disappear, and then she spread out her Tarot cards. She had stolen them a few years ago from a bookstore in Seattle and spent some time sanding them and spindling them until they looked fissured and worn.

As she shuffled the cards and explained their long and vaunted history to the pair, she let her own consciousness open and expand. She glanced between her cards and their faces, letting herself focus where she could. It only took a few moments before she could see the customary swirl of colors around their heads.

The girl's colors were uniformly soft, rose, amethyst and coral. Threaded through the softness, however, were veins of silver. A girl who was gentle and sweet, Nicolette thought approvingly, but that vein of silver spoke of ambition and ferocity. The boy, on the other hand, was a dull morass of beige and gray, smeared and smudgy with an unpleasant hint of green. His colors were significantly more standard when it came to the people that Nicolette saw regularly, and the green was familiar enough.

She laid down the cards, and was happy to see that the seven of swords came up. It made things easier in some ways.

“This card signifies deception,” she said, keeping her voice almost bored. “Someone is trying to get away with something.”

The words were barely out of her mouth when she saw the boy flinch and the girl glance sideways at him, her eyes narrow.

“Deception comes in many forms,” Nicolette continued, “but in many cases, it is simple and stupid, easy enough to ferret out, and simpler still to remove from your life.”

The last she directed to the girl and, as she did so, she could see the rose in the girl's aura deepen to a vibrant crimson. The boy's aura turned a sickly greenish shade, and Nicolette knew that she was right.

Nicolette stuck with the cards after that. She liked Tarot fortune telling. Though reading auras was really her power, the cards were an excellent tool. They were all about patterns, and once you pointed people toward a pattern, you could largely let them do most of the work on their own.

The couple left, but not before the girl tipped her another five dollars. She looked like she was going to go off and give her boyfriend hell, and Nicolette silently cheered her on.