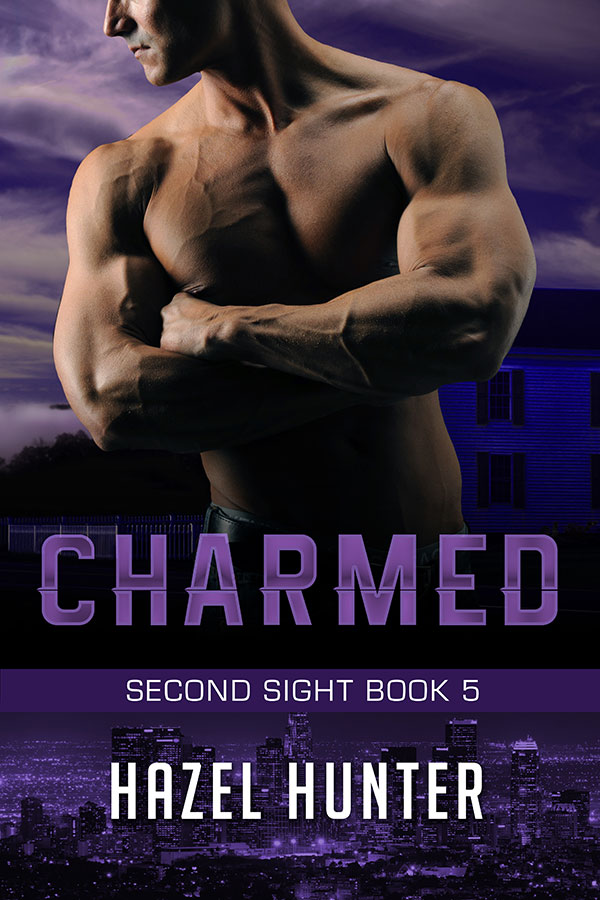 He’s desperate for her to know him. She can’t risk losing him. Will her gift drive them apart?

When psychic Isabelle de Grey discovers her ex-boyfriend is alive, nothing can stop her from finding him. But it seems that all roads lead to the Green Earth Commune and Mac has forbidden her from going. After shots were fired at them, it doesn’t take an FBI agent to know the secluded settlement is dangerous.

But disagreeing over her plans is the least of their worries as the reality of living together hits them both full force. Not what either of them had expected, the closeness they’d been desperate for only serves to drive them apart. As the mystery of the commune draws them deeper into its web of lies, Isabelle feels she has no choice. Against Mac’s wishes, she plays a risky game, when the seducer is seduced.

I never saw that coming.

It is a great story line and I do love every book of this series. Keep it up. Great work!

This story seems to still be building in drama and suspense. I am anxious to read the conclusion of the second sight series.

Kayla’s shocked face said what Isabelle had felt–happiness mixed with anger at the news that Daniel was alive.

The large window’s vertical blinds were drawn against the bright, morning sun and the overhead light had been dimmed. The fluorescent light at the head of the hospital bed cast harsh shadows down Kayla’s face. Isabelle glanced across the bed at Mac. In the subdued light, his white shirt nearly glowed against the black of his suit and tie. Special Agent Gavin “Mac” MacMillan was in uniform. Though his eyes were shadowed, Isabelle still read concern, in the tiny furrow between his eyebrows and the grim set of his lips.

Before coming to the hospital they’d talked about the timing of letting Kayla know. Her stay had been extended because of postpartum hypertension. But Isabelle had reasoned that, if it were her, she’d want to know that the father of her newborn son was alive–especially when she’d thought he’d been dead for the last several months.

“I read him,” Isabelle said, taking the photo from her purse and handing it to Kayla. “In this.”

Kayla took the black and white photo of her with Daniel, staring at it wide-eyed.

Isabelle knew that Kayla didn’t question the reading. Isabelle’s gift of second sight–reading the past in people and objects–had already surfaced and begun to change her life when they’d first met. Kayla wasn’t asking how she knew. She was asking how Daniel could possibly be alive when he was supposed to have died in a car crash.

“I don’t know,” Isabelle said. “I just know that the last person to touch that photo was Daniel. He picked it up from the trash and then dropped it back in when someone was coming.”

“But why?” Kayla said. “Why pretend to be dead?” She shook her head. “No. That can’t be it. But…” Suddenly, Kayla clutched Isabelle’s gloved hand, where it rest on the bed rail. “You have to find him.”

Mac gently took her hand in both of his. The last thing they wanted to do was raise her blood pressure.

“It’s good news, Kayla,” he said, his voice deep and reassuring. “Try not to worry.”

And though her voice was calm and quiet, Isabelle felt the same dread as Kayla. Something was wrong and Daniel was in the middle of it. She rubbed the back of Kayla’s hand and smiled.

“Thank you,” Kayla said, tearing up. She glanced from her to Mac and then back again. “I already owe you so much.”

The wild car ride down the twisting curves and bends of Topanga Canyon when Kayla had given birth in the car flashed into Isabelle’s mind.

Just then, the door opened and light flooded into the room.

“Oh, look who’s here,” said Susan, backing into the room. As she turned, her face beaming, she cradled a little bundle in her arms.

“Oh,” Susan said, without missing a beat. “That’s too bad.” She smiled down at the little face as she adjusted the beanie cap. “Look, little Gavin,” she cooed to her grandson. “Big Gavin and Aunt Isabelle are here.”

Susan ignored her, still all smiles as she gave Mac a one-armed hug and met Isabelle at the foot of the bed. They embraced briefly and Susan gave her a peck on the cheek.

But Isabelle hardly needed to answer as Susan gently laid the tiny boy in Isabelle’s arms.

“Gavin?” Mac said as the warm bundle nested into the crook of her arm and she stared down into the face that she hardly recognized from the newborn who’d popped into her waiting hands.

Mac stood behind her and looked over her shoulder.

As Kayla rushed through a breathless explanation of why Isabelle and Mac were here, Isabelle couldn’t take her eyes off ‘Little Gavin.’ There was a lot of Kayla in him, the eyes and mouth especially. Mac reached around her and tickled his stomach with a giant index finger. But apparently Little Gavin wasn’t in a mood to play. His eyebrows shot up and his eyes opened a little wider and he made a whimpering noise. In only moments, he was crying.

“Mom,” Kayla said, whining a little as Isabelle handed Little Gavin back to Susan. “Did you hear what I said?”

“Clearly,” Susan said, bringing her baby to her. “Do you hear this?”

Isabelle couldn’t help but smile at the three generations. Though Kayla had been worried about being welcome in Susan’s home or how controlling she could be, Susan had seemed to slip comfortably and quickly into grandmother mode.

Mac tugged lightly at Isabelle’s waist. He was heading to the door.

Isabelle turned as Kayla tucked Little Gavin up under her hospital gown and his crying suddenly stopped. Kayla’s eyes searched hers, the unasked question in her face.

Mac was never going to get used to LA traffic. Five lanes wide, bumper to bumper, stop and go. How did the city function?

“Whatever happened to him,” Isabelle said. “Wherever he is, he’ll want to know he has a son.”

Isabelle shot a look at him and he glanced at her.

The giant, bucket seat of the standard, FBI-issued, GMC SUV seemed to dwarf her petite frame. She wore the green dress today, his favorite, the hem falling to mid-thigh on her shapely legs. Her arms were crossed across her chest and, on her hands, were the gloves he’d given her. Her amber-tinted eyes stared hard into his, waiting for an answer.

“He knew she was pregnant,” Mac said, straightening out the car briefly before crossing another lane. “It’s only a matter of looking at a calendar.”

Isabelle frowned a little and the delicate curve of her lips drew into a line. She didn’t like that answer.

Nothing that Isabelle had read in the photo or had ever told him about this Daniel had been good. Susan obviously didn’t care for him. Though the data was sparse, the threadbare image that was beginning to form in Mac’s mind was of someone who’d taken his pregnant girlfriend to a cult and left her there.

“Well,” Isabelle said, staring out the windshield, “I think we need to start at the commune.”

Mac shook his head and took the Alvarado exit.

“Shots were fired,” Mac said, talking over her. “From a gun.”

Rescuing a very pregnant Kayla from the Green Earth Commune had begun with a harried flight that had involved gunfire.

“No buts,” Mac said loudly as the SUV came to a stop at the bottom of the ramp. A homeless person held up a cardboard sign wishing everyone a nice day. “It’s too dangerous,” Mac said, hanging a right.

“I know,” he said. He took her gloved hand in his as the vehicle straightened out. “Really. I do know.” They stopped at a red light. “But I can’t let you put yourself in danger.”

“They’re not going to be interested in you,” Isabelle quickly countered. “Certainly Geoffrey won’t–”

The light turned green and Mac had to swerve around cars that had been caught in the intersection.

“A female agent? But that’ll take forever. I can read–”

“Isabelle,” he said, turning on to their street. “I’m serious. Dead serious. Let me work this from the FBI side now.”

He pulled up to the curb but she glared out the windshield, refusing to look at him.

“Isabelle?” he tried again as the engine idled.

She pulled her hand out of his grasp and opened the passenger door.

“Fine,” she said curtly and closed the door.