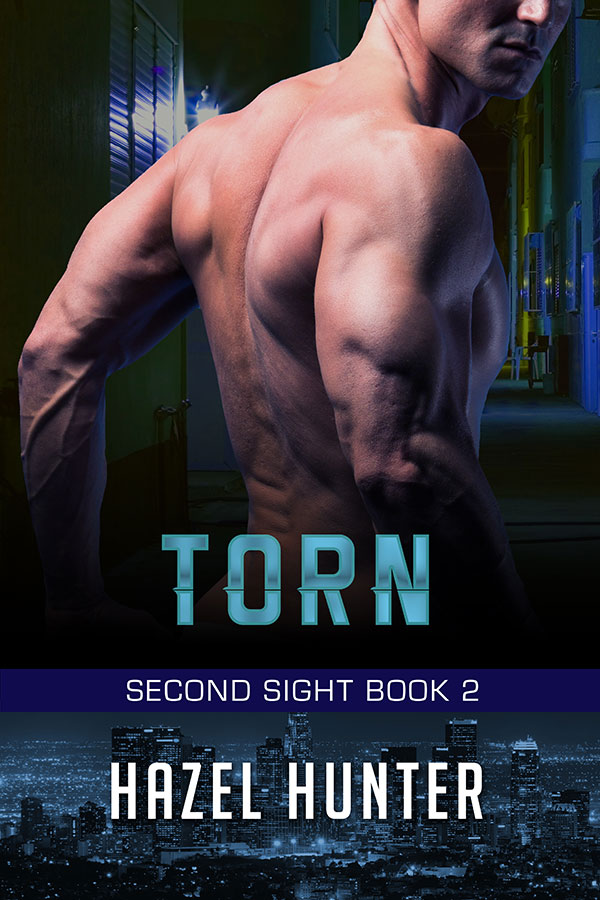 They are opposites in everything—except love.

Psychic Isabelle de Grey and FBI Special Agent Gavin “Mac” MacMillan are an improbable couple. But when her world of seeing into the past and his world of profiling criminals overlaps, an intense, sensual relationship quickly erupts. Despite bicoastal living arrangements, red-hot desire still consumes them both. Though Isabelle is thrilled that Mac is returning to L.A., her happiness is tempered by the grim reality they must face.

The serial killer who escaped them has struck again and kidnapped another young woman. Though Isabelle and Mac work together, he keeps their relationship hidden in order to preserve his job. As the investigation falters and the strain of secrecy takes its toll, Isabelle and Mac struggle to find a way forward. Despite the heated passion that explodes between them, hard decisions lay in store for the couple as they discover that every choice has its cost.

Wow! This book grips you from the beginning and doesn't let you go.

I love the pacing, the storyline, the characters, and the amount of sex.

I don't usually read suspense type books but the first book in the series had me wanting more & it continued in this book!

Prentiss had practiced this three dozen times. Even so, there were butterflies in his stomach. It was always like that with live performance. You only had one chance.

Though the carpets weren’t yet in, the new surgery lounge and locker rooms were nearly finished. Prentiss had narrowed in on the area quickly when he’d heard the construction noise and realized that work stopped every weekday at four pm. It was virtually empty after that. But a few of the medical students, like the pretty one now approaching, used it as a shortcut across this wing of County USC.

Like him, she was dressed in a white lab coat. But, unlike him, she didn’t have the letters ‘M.D.’ after her name. Angela Caras wasn’t a doctor yet. He saw her glance at the embroidered name on his lab coat: Lawrence Garner, M.D., Internal Medicine. She was giving him a polite smile as they passed each other when Prentiss let his briefcase open and fall to the floor.

“Oh!” she exclaimed, as the collection of pencils, pens, and junk mail tumbled out between them. “Here,” she said, stooping over them. “Let me help.”

The hypodermic needle in his lab coat pocket was ready to go. He checked in both directions. Latex gloves already on, this was the moment for which he’d practiced.

“Thanks,” he said, bending over her.

Quickly, he withdrew the syringe and sighted the position on her neck where he ought to miss the carotid artery. If he could do this right, the Methohexital would work in seconds. If he didn’t, the sedative could take minutes. He’d prowled patient rooms after nurses exited and managed to pick up a number of different pill cups, shots, and bags of fluid. He’d taken everything, not sure what anything was. But a quick search of the internet revealed that he’d only managed to pick up one sedative, though it was a good one.

As he’d done with the orange at home, he quickly jabbed and injected.

“Hey!” Angela screamed, immediately pulling away, trying to stand, but stepping on the hem of her lab coat.

Prentiss dropped the syringe, grabbed her by the hair, and quickly covered her mouth. Using all his weight, he easily overpowered the petite brunette, forcing her to the ground on her side, straddling her. Quickly, he checked both directions, just as she grabbed the hand on her mouth and pulled. The soft brown eyes seemed to bulge and Prentiss had to wonder if he’d screwed up the shot completely. But she didn’t pull very hard and though she tried to kick her legs, the movement was uncoordinated. With rapt fascination, he watched her slowly succumb. First, the writhing stopped, then her hands slipped from his. Though she tried to keep her eyes open, widening slightly with a final effort, her lids finally closed. Prentiss didn’t waste any time.

He rolled her to her stomach and yanked the white lab coat down her back and off her arms. He ran with it to the row of lockers behind him, threw it into the seat of the wheelchair he’d brought, and wheeled it back to Angela and locked it.

He picked her up under the shoulders, dragged her back into a kneeling position, and then moved in front of her. He knelt and bent low, putting his shoulder to her midsection as she slumped forward. As he stood, he held her around the waist and lifted. Though it wasn’t elegant, he managed to get her hips high enough to land in the chair with a heavy thud.

The transport wheelchair seemed to dwarf her but it would have to do. He’d brought it from the set for the sole reason that it had a headrest with straps. None of his trips to County USC had revealed more than the usual wheelchairs used with patients who were conscious.

Quickly, he placed her feet on the footrests and put her hands in her lap. From the back, again lifting under the shoulders, he settled her down more evenly. Finally, he secured the seatbelt, pushed her head back into the headrest, and also strapped that down. In moments he’d scooped up the contents of the briefcase, hung it from one of the handles, and released the brakes.

Prentiss took a moment to catch his breath and check his watch. Three minutes. An excellent performance, if short. He grinned and felt the tug of the fake goatee and prosthetic nose. Without hurry, he turned the chair around and headed back the way he had come.